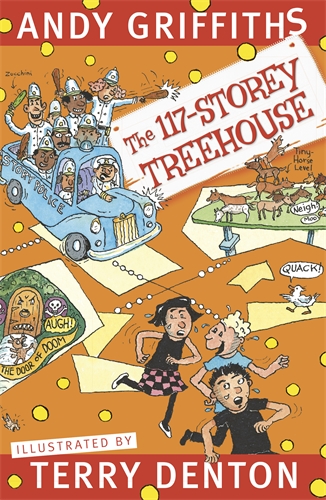 The 117-Storey Treehouse, the ninth book in Andy Griffiths and Terry Denton’s internationally published junior fiction series, was the bestselling Australian children’s book in 2019. It managed to hold off the new ‘Bluey’ books—tie-ins to the popular Australian children’s TV series about the adventures of a young blue heeler dog—which took the next three spots on the chart. Other popular kids’ book series in the chart included Anh Do’s Hopping Weird! WeirDo Book 12 and Aaron Blabey’s Pig the Tourist and The Big Bad Wolf: The Bad Guys Episode 9. Bestselling adult thriller author Matthew Reilly’s YA debut, The Secret Runners of New York, also made it into the top 10.

Australian children’s and YA bestsellers 2019