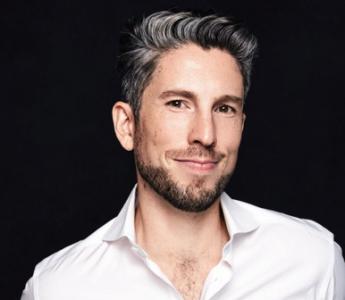 Writers Victoria has announced that Lance Richardson has been awarded the $15,000 Hazel Rowley Literary Fellowship for his proposed biography of writer, naturalist and Zen Buddhist, Peter Matthiessen.

‘Lance’s subject is probably best known as the author of The Snow Leopard, the account of his journey in remote Nepal on the Tibetan Plateau,’ said Jenny Hocking, one of this year’s four judges alongside Jeff Sparrow, Della Rowley and Lynn Buchanan. ‘The judges were impressed by the quality of Lance’s writing and the international reach of this ambitious proposal.’

Sparrow said: ‘Lance’s proposal to retrace Matthiessen’s journey of the Snow Leopard recalls Hazel Rowley’s own commitment to exploring the lives of exceptional biographical subjects. Matthiessen was a major international figure, who wrote over 30 books, and helped found The Paris Review and we see this as an important biography.’

This year’s judges also gave a highly commended award and $5000 to Gabrielle Carey for her project on writer Elizabeth von Arnim, a successful author in her own right and also the cousin of Katherine Mansfield. ‘We were very impressed with this proposal and we wish to encourage Gabrielle in her endeavours to complete this work,’ said Della Rowley.

Richardson was chosen from a shortlist of nine, and would have received the award at an event at the Wheeler Centre on Friday 20 March, alongside the Hazel Rowley memorial lecture. The event has now been cancelled due to the coronavirus pandemic, but the fellowship committee says it hopes to host the memorial lecture later in the year. You can watch Richardson’s acceptance speech via video here.

First established in 2011, the Hazel Rowley Literary Fellowship encourages Australian authors to aim for ‘a high standard of biography writing and to commemorate the life, ideas and writing of Hazel Rowley’.

For more information on the fellowship, visit the Writers Victoria website.