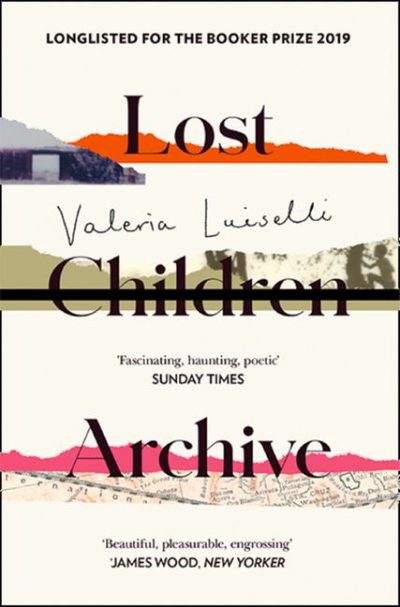 In the UK, Mexican novelist Valeria Luiselli has become the first woman to win the £30,000 (A$59,470) Rathbones Folio Prize for her novel Lost Children Archive (Fourth Estate).

Lost Children Archive, which is Luiselli’s third novel but her first written in English, was previously longlisted for the Booker Prize and the Women’s Prize for Fiction. It follows the intertwining journeys of a family road-tripping from New York to the southern border and Mexican children trying to cross into the US. Luiselli was inspired to write the novel by her work with young migrants on the Mexico-US border.

Chair of judges Paul Farley said: ‘In a year of brilliant books, Lost Children Archive by Valeria Luiselli is our unanimous choice as winner of the 2020 Rathbones Folio Prize, and we’re all thrilled and delighted to be able to celebrate this genuinely original and bravura performance of a novel: a road trip, a documentary, a portrait of a family and of the American borderlands, and a journey into the idea of home and belonging doesn’t even begin to do justice to this singular, teeming, extraordinary book.’

Luiselli’s novel was chosen from a shortlist of eight.

The Rathbones Folio Prize is awarded to the best work of literature, regardless of form, written in English and published in the UK. The prize was suspended in 2016 after the Folio Society’s two-year sponsorship of the award came to an end. It was previously only open to works of fiction.

This year’s digital-only prize ceremony was streamed on Twitter, with Luiselli speaking from her home in New York. For more information, and to watch Luiselli’s acceptance speech, see the prize website.