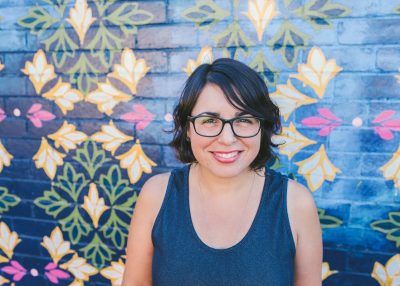 Five Mile commercial director Tash Besliev will join Affirm Press in the newly created role of kids publisher, where she will oversee an expansion of Affirm’s children’s list.

Affirm said Besliev’s appointment is ‘a key part of the strategic plan’ for its kids list, which ‘will retain its current identity and independent spirit while expanding commercially through rights sales and international partnerships’. A new editor will be hired to support Besliev and the list’s expansion, while kids editor Meg Whelan and the existing editorial team will focus on developing the established list of picture books, middle-grade and YA.

‘We couldn’t be more pleased to have Tash joining Affirm Press as kids publisher,’ said Affirm publishing director Martin Hughes. ‘She has exactly the kind of experience, drive and vision we want at this stage in the evolution of our kids list, and we have ambitious plans to build on the great foundation laid over the past three years. We see huge growth potential in our kids list, and Tash is the ideal person to lead that when the economy rebounds.’

Besliev said: ‘It is bittersweet to say goodbye to the small and committed Five Mile team and the incredible creators and licensors who have supported Five Mile through its first 21 months in operation. It’s like leaving family. However, I am thrilled to be joining the Affirm Press team and honoured to be working on their stellar children’s list having admired it from afar over the past three years. What the team has done in such a short amount of time is incredible and I’m excited to join in the fun.’

Besliev begins in the role on 19 May.