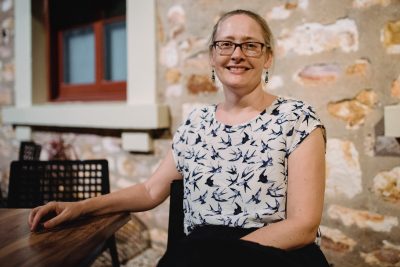 Bothroyd, who is a director of the Northern Territory Writers Centre and former journalist, receives a book contract with HQ and a $10,000 advance against royalties.

‘Brunswick Street Blues’ is described as ‘a compelling and distinctively Australian mystery set on the mean streets of Melbourne’. Bothroyd’s manuscript was chosen from a shortlist of four announced earlier this month.

‘All the authors on the shortlist impressed us but Sally’s novel was particularly strong and captured the atmosphere of Melbourne street life brilliantly. We are delighted we are going to be publishing it,’ said Jo Mackay, head of local fiction for HQ.

‘Writing a novel is such a huge journey, and I’m looking forward to working with HQ on the final stretch! I’m so excited to win this award, and I want to congratulate the other authors who were shortlisted. Thanks also to the ASA for partnering with HQ to offer this opportunity to unpublished authors,’ said Bothroyd.

Fleur Glenn was announced as runner-up for her manuscript ‘Nina and Pearl’, and will receive 20 hours of consultation towards a new website and an online presence audit from Leading Hand Design, worth $3000.

Run jointly by the Australian Society of Authors (ASA) and HarperCollins imprint HQ Fiction, the award is open to unpublished book-length works of commercial fiction by Australian and New Zealand authors.

Bothroyd’s book will be published by HQ Fiction in 2022.