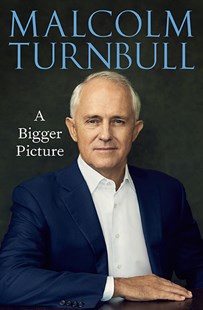 Hardie Grant chief executive Sandy Grant told the newspaper, ‘An undisclosed sum was settled for and [Louw has] given us where he got [the digital copy] from and where it went to.’ Grant did not confirm how many copies of the book were distributed to politicians or media, but Liberal minister Marise Payne and Nationals deputy leader David Littleproud both said they received copies, and ABC journalist Patricia Karvelas said she had received five.

According to Turnbull, Louw contacted Turnbull’s lawyers and acknowledged the circulation of the digital version of the book to 59 acquaintances. However, Grant suggested the number was much higher. He told the Guardian, ‘If someone was running around pulling them out of bookshops they might do something. There would be 20,000 shop lifting charges.’

Hardie Grant confirmed to Books+Publishing earlier this week that it would be pursuing the matter with the Australian Federal Police. Of those involved with the distribution via Louw, Grant said, ‘We are going to pursue those really aggressively now because there’s quite a lot at stake frankly. The number of copies that have gone out is ridiculous.’