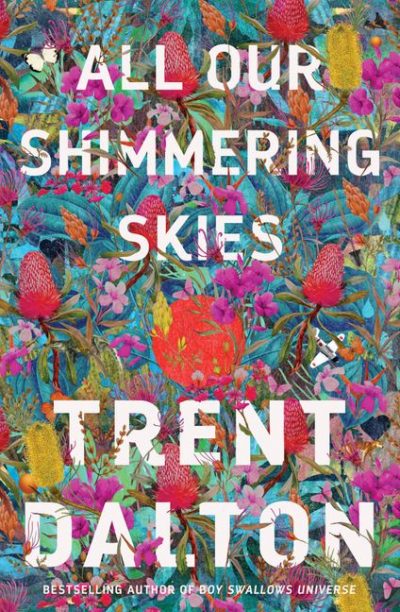 Publish or postpone? Which titles are being delayed due to Covid-19

With Covid-19 disrupting book launches, author events, festivals and the retail sector as a whole, Australian publishers are weighing up which titles should be postponed, which go ahead regardless, and in some cases are dropping in timely new titles in response to the current crisis.

‘Pantera has some incredibly strong nonfiction titles scheduled that not only stand up to this current moment, they actively respond to it,’ Pantera Press head of publicity and communications Léa Antigny told Books+Publishing. However, Antigny confirmed some of the publisher’s fiction titles ‘have been delayed to ensure they are given enough space and distance to maximise media coverage while receiving the kind of amazing hand-selling support that our indies and chains do so well. There’s also the immeasurable value of having in-store events and festivals support a title’s launch.’

Pantera Press confirmed Ondine Sherman’s young adult novel Star will now be published early next year, along with crime novel The Reach (Michael Radburn), which was moved from September this year. Moved to September this year is Sherman’s guide to veganism Vegan Living, while Erina Reddan’s crime thriller The Serpent’s Skin has been delayed until March 2021.

A spokesperson for HarperCollins told Books+Publishing, ‘We had to move titles where live author events played a large role in our strategy as it became clear that live events were not going to be possible for the next few months.’

HarperCollins notified booksellers of a number of changes to its April–July publication schedule, including pushing June releases All Our Shimmering Skies (Trent Dalton) and The Hunted (Gabriel Bergmoser) to October and August respectively.

Most of NewSouth’s forthcoming releases are on hold for the moment as the publisher is choosing to focus on ‘publishing books that are relevant right now’, according to publisher Elspeth Menzies. ‘Everything else is a moveable feast involving ongoing discussions with authors and our sales team.’

Menzies said, ‘We are grateful to our incredible authors for being so adaptable! We’ve moved Ketan Joshi’s Windfall to September. Fingers crossed it helps supercharge discussions about making renewable energy integral to rebuilding post-Covid-19. Eating with My Mouth Open, Sam van Zweden’s incredible debut—and winner of the 2019 Kill Your Darlings Unpublished Manuscript Award—is planned for early 2021 and a world where we hope bookshops have their doors open and we can all celebrate in person.’

In the meantime, two NewSouth titles that aren’t being postponed are Sacha Molitorisz’s Net Privacy, ‘out just in time for the rollout of the COVIDSafe app’ and Plastic Free by Joanna Atherfold Finn and Plastic Free July founder Rebecca Prince-Ruiz ‘to coincide with this year’s global campaign’.

A spokesperson for Allen & Unwin confirmed that the forthcoming memoir Fury (Kathryn Heyman), which was initially slated for July 2020 release, will now be published in 2021. ‘Any changes to our publishing schedule are being made on a case-by-case basis,’ the spokesperson said.

While many publishers are still in the process of deciding whether or not to postpone publication dates, below is a selection of titles initially scheduled for mid-2020 that Books+Publishing can confirmed now have revised release dates:

The University of Queensland Press

Australian books coming in May, June and July

In the meantime, there are of course still many forthcoming May–July 2020 releases that are being published as planned. Here’s a selection of the books we have to look forward to from Australian authors in coming months. (Look out for Books+Publishing‘s pre-publication reviews of some of these forthcoming titles in the Weekly Book Newsletter each week.)

May children’s and YA

June children’s and YA

July children’s and YA

Send your schedule changes to reviews@booksandpublishing.com.au.