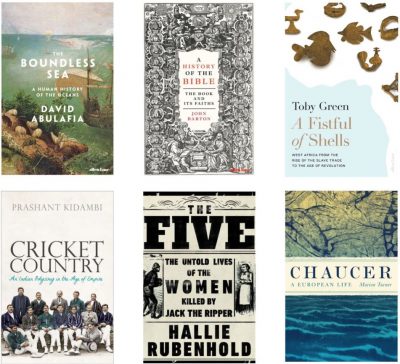 ‘This year’s shortlist has a decidedly global theme,’ said judging panel chair and British Academy president David Cannadine. ‘The list is a demonstration of the range and quality of history writing in the UK today, both within and without academia. These are books that engross, challenge and delight—and which draw the readers into worlds as diverse as Indian cricket, Victorian London and the kingdoms of West Africa.’

The annual award is run by independent charity the Wolfson Foundation, which awards grants in the fields of science, health, education and arts & humanities.

The winner will be announced 15 June. Last year’s prize was won by Mary Fulbrook for Reckonings: Legacies of Nazi Persecution and the Quest for Justice (Oxford University Press).