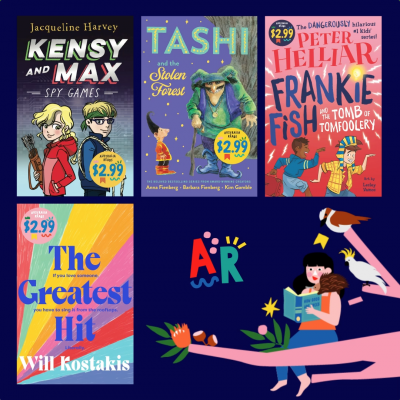 The Australia Reads campaign has received $100,000 in funding from the federal government, it announced today.

Chair of the Australia Reads committee, Hachette ANZ CEO Louise Sherwin-Stark, said the government support would ‘significantly amplify our campaign on the benefits of reading and motivate all Australians to get back into a regular reading habit’.

The Australia Reads organisers also confirmed the centrepiece of the Australia Reads campaign, the Australian Reading Hour, has this year been delayed from 17 September to 12 November, due to Covid-19. However, in announcing the government funding both Sherwin-Stark and federal minister for Communications, Cyber Safety and the Arts Paul Fletcher pointed to the positive impacts of isolation on Australia’s reading habits.

‘Many Australians have turned to reading for comfort, escape and entertainment during this period,’ said Sherwin-Stark.

Fletcher said, ‘Reading is a cornerstone of literacy, knowledge and wellbeing, and can be a particularly rewarding way to spend time during COVID-19. I hope that as we all spend more time at home in response to social distancing measures, more Australians rekindle a love of reading—reconnecting with our old favourite books and characters and discovering new ones.”

This campaign for this year’s Australian Reading Hour event, during which Australians are encouraged to spend an hour reading, will include the November release of four special-edition children’s books, created for the campaign and priced at $2.99. The four titles are:

Retailers can order the books via each publisher’s usual distribution channels, while libraries can order through Australian library suppliers.

‘This November we will be asking the book industry to promote these wonderful books and host reader and author events all over the country,’ said an Australia Reads statement.

Australia Reads was launched earlier this year as an expanded and rebranded iteration of the Australian Reading Hour.

At the time, the organisers said the campaign was ‘calling on the Australian book industry to promote the benefits of immersive reading for pleasure in these extraordinary times—to escape, develop empathy, to gain knowledge, and to keep the kids busy if the schools are closed’.

The campaign has since been promoting reading through the #AustraliaReadsatHome hashtag and, most recently, released a children’s recommended reading list to assist parents and teachers as many children continue to school from home.