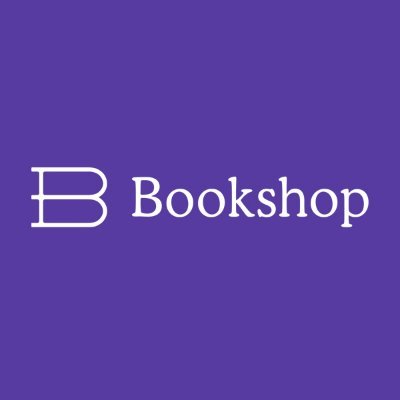 US Independent booksellers rally together via Bookshop.org

Bookshop.org has raised more than US$1.2 million (A$1.86m) for independent bookstores in the US. Could a similar model work here? Jinghua Qian reports.

The book world has watched the rise of Bookshop.org with fascination since its beta launch earlier this year, and many media outlets have positioned the birth of this platform as a new hope in the battle between independent bookstores and Amazon.

The platform—which is backed by the American Booksellers Association—is a US-only online bookshop with a mission to support local independent bookstores and the wider literary ecology. There are two kinds of sales on the site: bookstore-affiliated sales, where an independent bookstore directs customers to a sales link on the platform, for which they get a 25% cut, and non-bookstore affiliated sales, where 10% of sale price goes into a revenue pool that’s split among all independent bookstores that have signed up. Authors, critics, publications and publishers can also sign up as affiliates and get a 10% cut for sales via their links—more than double what Amazon offers affiliates. In all cases, fulfilment is handled by distributor Ingram, reducing overheads and ensuring fast, national delivery.

‘I’d love to bring that model here,’ Egan says. However, development costs are high. He’s working with CirclePOS to come up with an online sales platform for small bookshops that don’t have the capacity to build something of their own, and that could be linked up so customers can find a specific book at any of the participating stores.

One barrier, though, is the size of Australia’s economy. While Bookshop.org can succeed with only a sliver of Amazon’s turnover, Egan says, in Australia such a platform would need a bigger slice of the total book market. ‘It would cost the same or more to develop, with the potential return being much lower,’ says Egan.

Another issue is fulfilment of orders. Distributors in Australia are tied to publishers, so no distributor has access to all or even most books the way that US distributors like Ingram and Baker & Taylor do. Booksellers have to send out online orders themselves, and Australia’s dispersed population means that it’s tough to match the speed of delivery other countries enjoy.

‘I don’t know that anyone is offering fulfilment on behalf of bookshops. It would certainly be helpful for a lot of smaller stores because the barrier to entry [for online commerce] is quite high,’ says Tom Hoskins​, special projects implementation manager at Readings. ‘If we were to set something up like this in Australia, the entity running it would have to manage the fulfilment themselves, which would add overheads that might not make it as enticing for stores to join.’

Egan says, ‘You’d need something like Booktopia to be the fulfilment entity, but they’re also a retailer, so I don’t know how that could work when they’re a competitor in some sense.’ Alternatively, he says, it would require getting an agreement out of all the major distributors in Australia, which would take time and finesse.

Nonetheless, the prospect of independent bookstores coming together in an online alliance is an exciting one, especially in the current climate.

With Covid-19 closing the doors of many bricks-and-mortar stores around the world—including 2400 independent bookshops in the US, according to the Economist—Bookshop.org has offered US independents a much-needed revenue stream. In New York City, where the platform is based, out-of-work booksellers have banded together to create The Bookstore at the End of the World on the site to sustain themselves through the shut-down. Despite reservations from some booksellers, sales have soared on Bookshop.org through the crisis: as of 7 April, the platform has raised more than US$389,000 (A$602,000) for local bookstores, compared to less than $200,000 (A$310,000) just one week earlier, and less than $100,000 (A$155,000) on 25 March. By 5 May, that figure had topped US$1.2 million (A$1.86m).

‘In terms of our market here, I think there’d be some booksellers who would be very keen to get online right now,’ says Hoskins. ‘If something like this already existed, I’m sure they would jump at the chance to be able to maintain an income whilst their foot traffic has dropped so dramatically.’

Jinghua Qian is a Melbourne-based writer and critic