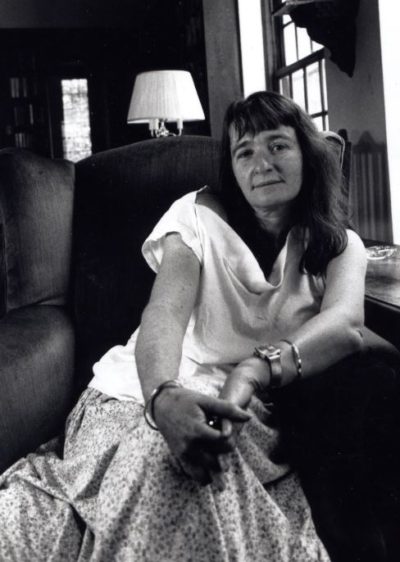 Clarke was the author of 20 award-winning books for children and teenagers, including the YA novels My Lovely Frankie, Three Summers, The Winds of Heaven, which was named a CBCA Notable Book in 2010, and One Whole and Perfect Day (all A&U), which won the Queensland Premier’s Literary Award in 2007 and was named an honor book in the American Library Association’s Michael L Printz Awards for Excellence in Young Adult Literature.

Clarke is survived by her son Yask and his father Rashmi.

‘It is with great sadness that we share the news of Judith Clarke’s death at the age of 76, in Melbourne, on Thursday 14 May. She was truly one of a kind.

‘As a writer she produced 20 brilliant and much-loved novels for children and teenagers. These include the hilarious Al Capsella books; the multi-award-winning Wolf on the Fold, still required reading for many school students; and her most recent book, My Lovely Frankie, shortlisted for the Prime Minister’s Literary Awards in 2018 and published after the stroke which cut short her writing, but not her reading life four-and-a-half years ago.

‘Judith was original, eccentric and intelligent. Her writing was described by critics as “achingly heartfelt, breathtakingly beautiful, deft, original, sharp and poetic”. It is difficult to categorise, and transcends marketing categories. Her novels reward close and attentive reading and re-reading, and speak as much to adults as to young people.’

‘It seems to me that Judy saw beneath the layers of people. She knew about people’s defences; the behaviour they employed to protect themselves, or conceal themselves. She also knew about the pain they experienced when not being able to fully realise themselves. Writing back cover copy for Judy’s books was so achievable, because you just had to find the right, succinct, surprising, meaningful sentences from the text and weave them together to hint at the story. My best blurbs were with Judy’s words!’

‘Even at the most difficult times of her life, Judy would tell her story with such humour that we couldn’t stop laughing. She saw people clearly and without judging them, and this applied as much to the characters in her novels as to the people in her life.’

‘Judy was born to write, and her stories have such depth and grace to them, her writing deceptively simple but full of meaning. She could conjure every human emotion with such tenderness. She would get frustrated at times, saying it was only after writing a first draft that she’d know what she was writing about! Then she’d have to start all over again from the beginning to make it perfect … I learnt so much about writing and editing from Judy.’

‘Judith Clarke’s magnificent precision and lightness makes you feel for a moment when you’ve finished that you have actually lived someone else’s life.’