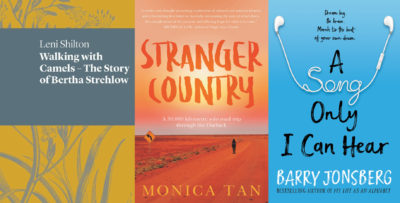 The NT Writers’ Centre has announced the winners of the 2020 Chief Minister’s NT Book Awards.

Established in 2009, the biennial awards are open to authors living in the NT who had a book published in the previous two years. For more information about the Chief Minister’s NT Book Awards, visit the NT Writers’ Centre website.