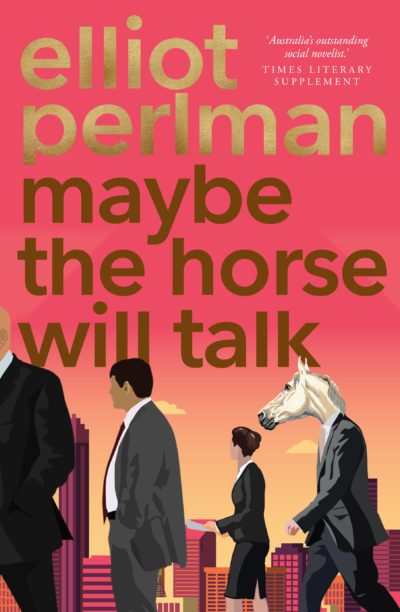 Paramount Television Studios in the US has optioned Australian author Elliot Perlman’s novel Maybe the Horse Will Talk (Vintage) for adaptation into a TV series, with Perlman to adapt and executive produce the show.

The story concerns Stephen Maserov, a onetime teacher who has retrained and is now a second-year lawyer working at mega-firm Freely Savage Carter Blanche. Despite toiling around the clock to make budget, he’s in imminent danger of being downsized. To make things worse, his wife Eleanor, sick of single-parenting their two young children thanks to Stephen’s relentless work schedule, has asked him to move out.

Penguin Random House Australia publisher Nikki Christer said, ‘We’re delighted but not surprised that Maybe the Horse Will Talk is being adapted for television. It’s one of those rare novels that manages to be funny, sad, angry and illuminating all at the same time. And the rapid-fire funny dialogue makes it perfect for television.’

Paramount Television Studios president Nicole Clemens said, ‘We’re so excited to bring this funny, tender and at times scathing thriller-like story to television through Elliot’s unique voice. Touching on friendship, marriage, toxic workplaces, corporate corruption and sexual harassment, Maybe the Horse Will Talk is timely and sure to resonate with people everywhere.’

Perlman previously co-wrote the film adaptation of his 1998 novel Three Dollars, which won an AFI Award and an Australian Film Critics’ Circle Award for best adapted screenplay in 2005. His sophomore novel Seven Types of Ambiguity was made into an award-winning six-part drama series for ABC in 2017.