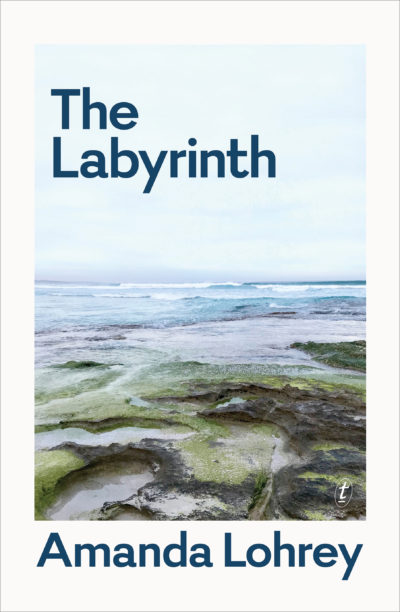 Devastated when her son is convicted of negligent homicide, Erica Marsden cuts all ties to her former life and retreats to a lonely coastal hamlet near his prison. Moving into a rundown shack, she avoids the company of her few neighbours. In between visits to her son, who suffers from an undefined mental illness and takes pleasure in teasing his mother as a cat might a mouse, Erica conceives a project: the planning and construction of a labyrinth in her backyard. Despite her reluctance to engage with the community, a small group of locals—including a possible illegal immigrant with very definite ideas of his own—soon gathers to help complete the project. As she works, Erica examines her past life, attempting to exorcise her own feelings of guilt and shame. Veteran writer Amanda Lohrey’s writing is excellent, and she mixes pastoral and gothic tropes beautifully. Erica’s sheer doggedness in the face of the continual setbacks that plague her life makes her a compelling and sympathetic character. However, many other characters remain somewhat unexplored, appearing and disappearing without explanation, almost as functions of Erica’s need. The Labyrinth is a puzzle of a novel that teases out several promising narrative strands but frustrates readers’ curiosity with too many dead ends.

Angela Elizabeth is a freelance writer and critic based in Brisbane with 10 years’ experience in bookselling and publishing.