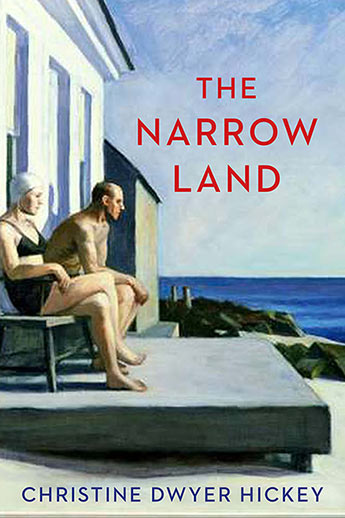 Irish author Christine Dwyer Hickey has won the £25,000 (A$45,450) Walter Scott Prize for Historical Fiction for her novel The Narrow Land (Atlantic).

Hickey, whose novel explores the marriage of artists Edward and Jo Hopper, was praised by judges for having ‘created a masterpiece’.

‘Quietly, inexorably, and with pinpoint perception, our winner has brought to dramatic life not just the Hoppers’ intimate eruptions but the tensions and complexities in those around them, from two young boys scarred by war to the transient summer crowd at Cape Cod, and though this forensic lens we glimpse the upheavals that were to shake all Americans in the post-war world,’ the judges said.

The prize, which awards the best fiction set 60 or more years ago, is open to novels published in the previous year in the UK, Ireland and the Commonwealth. The Narrow Land was chosen from a shortlist that also included The Parisian (Isabella Hammad, Vintage), To Calais, In Ordinary Time (James Meek, Canongate), Shadowplay (Joseph O’Connor, Harvill Secker), The Redeemed (Tim Pears, Bloomsbury) and A Sin of Omission (Marguerite Poland, Penguin).