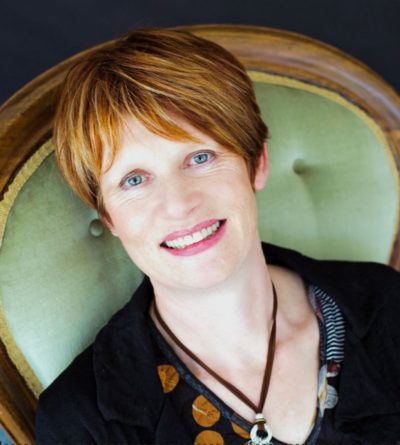 Author Jesse Blackadder has died after a short illness, aged 56.

In addition to writing books for children and adults, Blackadder was a judge for a number of awards, a peer assessor for the Australia Council and Create NSW, and was on the board of the Byron Writers Festival, where she was a founder of the festival’s StoryBoard program.

‘HarperCollins is saddened to note the death of beloved author Jesse Blackadder after a battle with pancreatic cancer. Jesse was the author of four adult books, Sixty Seconds, Chasing the Light, The Raven’s Heart and After the Party; five children’s books, Stay, the Last Dog in Antarctica, Paruku, the Desert Brumby, Dexter, the Courageous Koala; and, with Laura Bloom, the ‘Dream Riders’ books, Frankie and Storm.

‘Jesse was an incredibly talented writer and a mentor to many, not least through StoryBoard, the mobile creative writing program for young people she founded and led. A winner of numerous literary awards and fellowships, Jesse sat on the boards of the Byron Bay Writers Festival, was a peer assessor for the Australia Council, a judge for the Australian Society of Authors Mentorship Program and the Nature Conservancy Nature Writing Prize, and was an author ambassador for Room to Read, dedicated to improving literacy and gender equality in education in the developing world.

‘Her influence on, and friendships with, so many in the Australian writing community were strong and extensive. Jesse was an inspiration, a generous and passionate person, and a brilliant storyteller. HarperCollins is proud to have published her novels and children’s books. We offer our condolences to her loving partner, Andi Davey, her treasured family and her huge network of devoted and very saddened friends.’