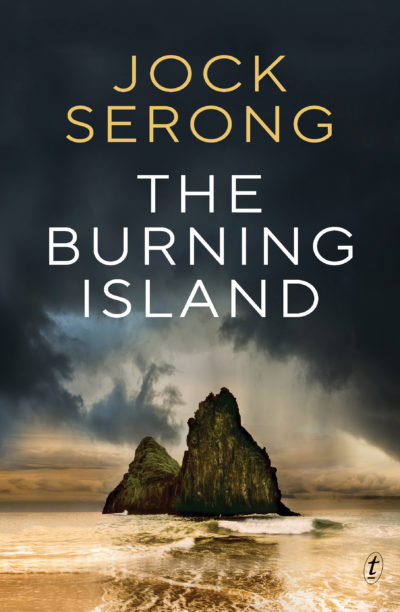 To read The Burning Island is to feel, very often, ‘all at sea’. Much of the novel takes place on the ocean, sure, but more than that, it can be hard to know what’s happening, and why. The narrator’s own uncertainty furthers this sense of disorientation. This both increases the tension and menace that Jock Serong is so skilled at creating, and, along with the fact that the ‘twist’ can be picked early, diffuses some of the page-turning impetus that animated his previous novels such as The Rules of Backyard Cricket and On the Java Ridge. Still, this historical thriller can be gripping. The novel’s narrator is Eliza Grayling, daughter of Lieutenant Joshua Grayling from Jock Serong’s Preservation, as she accompanies her now blind and ageing father on a journey through the islands of Bass Strait to find his nemesis from the earlier book. As in all his novels, Serong is doing more than writing plot. Here, he is concerned with making visible previously erased histories, and exploring the themes of love, violence and identity. The Burning Island is not being marketed as a sequel, but it will certainly work better for those who have read Preservation—they should find themselves less at sea.

Lorien Kaye has been writing about books and the book industry for more than 20 years.