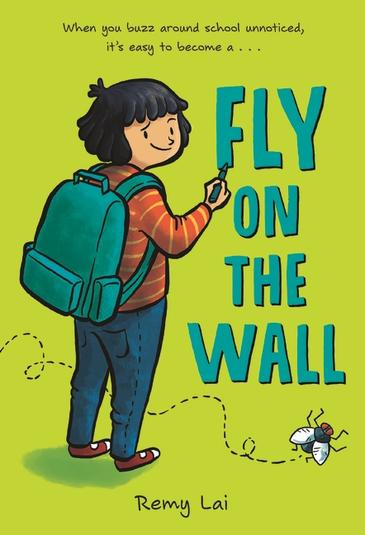 When Henry Khoo isn’t trolling his school as anonymous cartoonist ‘Fly on the Wall’, he is being babied at home by an overprotective family. To correct this, Henry devises a plan: fake an alibi, steal a credit card and fly alone to Singapore. Unfortunately, it’s just not a good plan! Fly on the Wall is an idiosyncratic, highly enjoyable take on the well-trod illustrated diary trope. Henry has a Tristram Shandy-like talent for digression, flitting rapidly between diary, illustration, bad poetry and texts. It’s an initially disorientating chaos that takes a moment to click—but when it does, it makes for exceptionally nimble storytelling. An advantage Fly has over series like ‘Wimpy Kid’ and ‘Dork Diaries’ is that Remy Lai is the real deal as a cartoonist. The drawings are beautifully observed, landing joke after joke without fail. What lingers most, however, is the emotional honesty. Henry is often an insufferable jerk, and Lai has a knack for allowing him to articulate his motives to us without understanding them himself. Fly on the Wall is a book that models self-examination, apology and graceful endings to friendships that have run their course. It’s perfect for readers aged 8–12 who enjoyed all of the obvious comparisons. It is also, in many ways, easy to recommend over them.

Phil Lesnie is a children’s illustrator and a bookseller at Kinokuniya, Sydney.