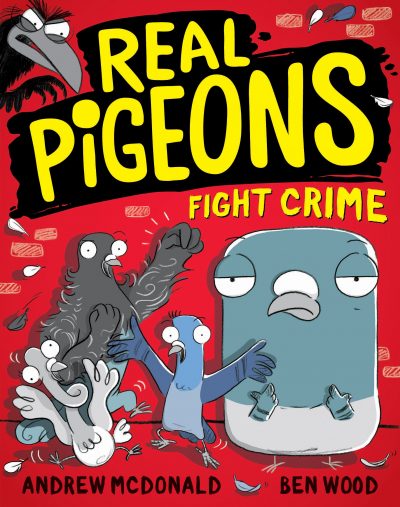 ‘Real Pigeons’ to be adapted for TV by James Corden

Real Pigeons Fight Crime (Andrew McDonald, illus by Ben Wood, Hardie Grant Egmont) is being developed by host of the The Late Late Show James Corden as a TV series that will air across all Nickelodeon platforms, reports Deadline.

Corden and The Late Late Show executive producer Ben Winston are developing the project through their production company Fulwell 73 in conjunction with Nickelodeon. Both companies now share a parent company since the merger of ViacomCBS late last year. The TV series will be executive produced by Corden and Winston with McDonald and Wood serving as consultants throughout development and production.

Executive vice president, Nickelodeon Animation production and development Ramsey Naito said, ‘Real Pigeons Fight Crime is about a secret squad of crime-fighting pigeons, with high stakes and true hilarity making it a perfect fit for our audience. By fusing the humor and expertise of this the incredible team at Fulwell 73 Productions, we are ready to show kids what pigeons really do–fight crime, solve mysteries, take down bad guys, and keep neighborhoods safe.’

North American rights to the first three books in the ‘Real Pigeons’ series were sold to Random House Children’s Books in 2018 and the series has sold into a total of 11 territories as of April this year. The fifth book in the series, Real Pigeons Peck Punches, was published in Australia on 1 May.