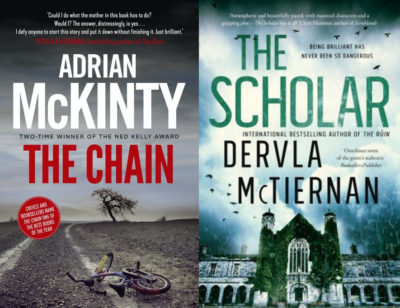 Adrian McKinty and Dervla McTiernan have won in their respective categories at the International Thriller Writers’ Thriller Awards 2020.

The winners were announced at the virtual ThrillerFest event on 11 July. For the full list of winners, see the website here.