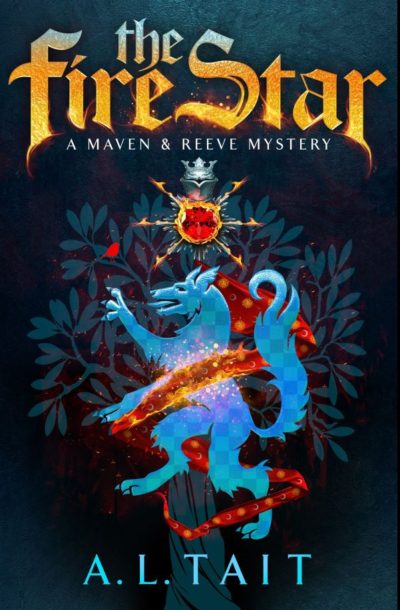 Maven is a servant girl doomed to a life of servitude and forced to hide how sharp-minded she really is. Reeve is a squire with dreams of becoming a knight but an unfortunate fear of blood. Both have three days to learn to trust each other and work together well enough to solve the theft of the Fire Star. Failure means Reeve and Maven will have their dreams snatched from them—because the Fire Star is far more than just a gem, it’s a key to freedom. On its surface the story seems simple: find the Fire Star or be sent to sea/the nunnery. But very quickly the reader learns there is so much more at stake—the least of which being a secret society of self-educated women who are bound to help all girls and women, always. While I will admit that it took me a while to get used to the jumps between first- and third-person perspective as the story switched between Maven’s and Reeve’s point of view, once I did, this book didn’t leave my hands. I’m looking forward to selling The Fire Star—this middle-grade novel is great for existing fans of A L Tait, as well as lovers of historical fiction and adventure aged nine and up.

Dani Solomon is the assistant manager of Readings Kids.