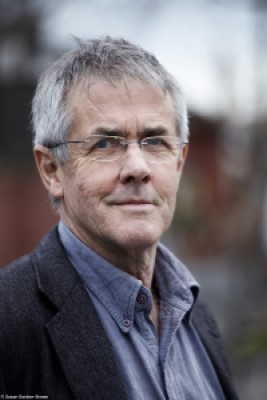 S&S said the book ‘describes the meeting of two worlds: the world of the fiercely driven biologist and anthropologist Neville White’ and that of the Yolgnu people at Donydji in north-east Arnhem Land, with whom he lived after the Vietnam War.

‘As White tried to understand the world on the other side of the vast cultural divide, he was also trying to transcend the mental scars he suffered on the battlefields of Vietnam,’ said S&S.

‘Over five decades, White mapped in astonishing detail the culture and history of the Yolgnu clans at Donydji … And the 50-year endeavour served another purpose. For White and the members of his old platoon he took there, Donydji became a kind of therapy for the psychic wounds of Vietnam. While for the clans, from the old warriors to the children, their fanatical benefactor offered a few rays of meaning and hope. There was no cure in this meeting of two worlds, both suffering their own form of PTSD. But there was survival.’

Scribner publishing director Ben Ball said Watson’s book ‘gives us one of the most vivid, complex, intriguing and powerful portraits of our national trauma we’ve yet read. The Passion of Private White will be a landmark work in our understanding of our past and our deepest communal injury.’

Ball—formerly a publishing director at Penguin Random House Australia, which published Watson’s most recent major work, The Bush: Travels in the heart of Australia—said he is ‘delighted to work with Don again, especially on a book as significant as this one’.

The Passion of Private White will be published in Australia in late 2021. It will also be published by Scribner UK.