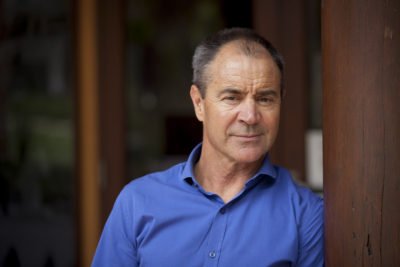 Scott’s works include the award-winning novels Benang: From the Heart (Fremantle Press) and That Deadman Dance (Picador). He is also part of the reference group for the Wirlomin Noongar Language and Stories Project which aims to reclaim and share Wirlomin stories and dialect in support of the maintenance of Noongar language.

Awards judge and Fremantle Press CEO Jane Fraser said Scott’s work is ‘a shining example of how Western Australian stories, well told and beautifully crafted, can create opportunities to learn about our shared past. His books cross boundaries, reaching readers from all backgrounds both at home and overseas. A true artist and literary activist, whether he’s writing fiction, sharing oral histories or working on important Noongar language projects, his work is a gift to us all’.

The winners of this year’s Western Australian Premier’s Book Awards, chosen from shortlists announced in July, are:

The Daisy Utemorrah Award for unpublished Indigenous junior and YA writing ($15,000 and a publishing contract with Magabala Books)

Of the four award categories, three are open only to Western Australian authors, while the Daisy Utemorrah Award is open to Indigenous writers from all states and territories. The awards returned to an annual format in 2019 after moving to a biennial format in 2015.

The winners were announced on Friday, 7 August at a live event at the State Library of Western Australia (SLWA) that was also live-streamed and can be viewed here.

For more information about the winners, see the SLWA website.