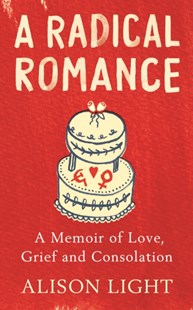 In the UK, Alison Light has won the 2020 PEN/Ackerley Prize for a work of memoir or autobiography, for her memoir A Radical Romance (Fig Tree), reports the Bookseller.

Light receives £3000 (A$5510) for her book, which explores how she met social historian Raphael Samuel in London in 1986, married him a year later and their relationship until his death 10 years later.

Light’s memoir was chosen from a shortlist of three, including Edward Parnell’s Ghostland (William Collins) and George Szirtes’ The Photographer at Sixteen (MacLehose).

Chair of judges Peter Parker said: ‘A Radical Romance is not only an extremely frank account of a love affair and marriage between two people who came to left-wing politics through very different routes, and were instrumental in rethinking the way in which we view and record history; it also provides a vivid and funny picture of a less-than-comfortable life in a tumble-down Georgian house in Spitalfields, while all around them developers had begun swallowing up the area.’

Established in memory of author and literary editor J R Ackerley, the PEN/Ackerley Prize is the UK’s only literary prize dedicated to memoir and autobiography.