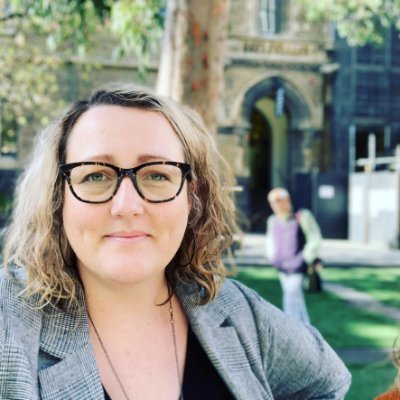 Light bulb moment: why stories of women in STEM are important

Books+Publishing’s Junior columnist Adele Walsh reflects how far we’ve come and how far we still need to go when it comes to the representation of women in STEM in books for children.

When I was growing up there wasn’t much in the way of notable female STEM (science, technology, engineering and maths) storytelling. It was expected that you knew about Marie Curie once radium appeared on the year eight science syllabus but otherwise there was a vacuum. Moving into my teenage years there was a push to actively support girls in maths and science fields but again not much in the way of building a narrative around aspirational women. You can’t be what you can’t see. And in the 90s you couldn’t see—or read—that much about successful women of science.

Fast-forward to the present day and we’ve made some progress in STEM representation in children’s literature. But as much as it has been fantastic to see stories of Ada Lovelace (UK mathematician and first computer programmer), Jane Goodall (UK primatologist) and indeed Curie (Polish-French chemist), there’s been a distinct lack of intersectionality. Katherine Johnson (US mathematician) was somewhat recognised for her contribution across three decades to NASA’s Flight Research Division but it wasn’t until recent times with the adult nonfiction book and film adaptation Hidden Figures that the world knew her name. Now there are a multitude of children’s and YA titles about this woman, her grit and intelligence, and her enormous impact on space travel.

Encouraging greater female representation in STEM can be catalysed by focusing on the imagination and dexterity needed to pursue your aspirations—see the uber popular Rosie Revere, Engineer and Ada Twist, Scientist picture books by writer Andrea Beaty and illustrator David Roberts (Abrams), and the new Agent Asha middle-grade series. The brainchild of UK’s Bright Little Labs, Agent Asha launched this year in partnership with Walker Books, the pitch for this series being ‘Every kid can be a tech whizz’. Based on the UK coding curriculum, Agent Asha titles allow young readers to follow along, complete activities between reads and personalise their spy profiles for the fictional online Children’s Spy Agency. It’s the perfect marriage of storytelling and a focused skillset.

There’s something about putting real-world names and faces to inspiring achievements that can help young readers realise their potential, and the collective stories of women in STEM are largely untold, unrecognised or attributed to men (in many cases to their husbands). Since 2014, however, the ‘Little People, Big Dreams’ nonfiction picture book series, created by Maria Isabel Sanchez Vegara (Frances Lincoln) has been capitalising on stories about diverse and outstanding figures across a range of fields from art to science, with titles on Johnson, Curie and Zara Hadid (Iraqi architect) displayed equally alongside celebrated creatives and athletes.

‘Little People Big Dreams’ has ensured representation across fields and cultures with its open, appealing and diverse storytelling and illustrations. Vegara’s now seven years into this series, new titles are added consistently, and she’s never strayed from the intent to introduce children ‘… to some real female characters who had had the determination to believe in their dreams and make these dreams a reality’. While we’re still waiting to see what kind of concrete impact this series will make on future generations, with sales of over 1.5 million copies these books are sure to be mentioned by future scientists, designers, artists and entrepreneurs as part of their journey.

Looking towards these kinds of nonfiction books for older readers, there are more collection-based approaches. One highly regarded title is Women in Science: 50 Fearless Pioneers Who Changed the World by Rachel Ignotofsky (Ten Speed Press), which has attracted impressive reader reviews. One Google review reads, ‘It is a beautiful book, I read it when I was just eight years old and it inspired me and still does to this day’—not bad considering it was first published six years ago.

What might be becoming evident is that there is a notable lack of Australian stories about women in science—a representation vacuum. It makes sense that most STEM children’s titles originate in the US, with its larger industry and natural predilection for marketing individuals’ accomplishments in a way that Australians tend to shy away from—but that’s starting to change. Even the Australian Government has recognised that ‘making women in STEM visible’ is one of their three strategic goals in advancing women in STEM.

Fiction-wise, last year Puffin published Yassmin Abdel-Magied’s YA debut You Must Be Layla, which centres on a teenage inventor and scholarship student navigating the complexities of teen life. Teen readers can also read the likes of local sci-fi authors Amie Kaufman and Kay Kristoff’s ‘Illuminae’ series or Ellie Marney’s novel None Shall Sleep, which focuses on teens tracking down serial killers with the FBI.

In September Wild Dingo Books is launching ‘Aussie STEM Stars’, a nonfiction series for ages 10–14, featuring Australian STEM powerhouses and written by outstanding Australian writers for young people. The series is launching with Fiona Wood (Australian of the Year, burns surgeon and the inventor of spray on skin) and Georgia Ward-Fear (reptile biologist, explorer and cane toad expert) alongside equally inspiring male counterparts. While the education market is a clear driver, Wild Dingo has stated that a key mission of this series is to showcase a ‘strong female role model and inspiration to young scientists to dream the impossible’. It could also be that we have a new publishing trend upon us with the success of last year’s Under the Stars: Astrophysics for Bedtime by Australian astronomer Lisa Harvey-Smith (illus by Mel Matthews, MUP) and Philip Bunting’s forthcoming picture book Give Me Some Space (Scholastic, which has just been announced as the 2021 National Simultaneous Storytime book and will be read by astronauts on the International Space Station.

Stories inspire, challenge and motivate. Real-life stories of success make the dream possible. How many more young readers would be inspired to pursue their STEM dreams if more Australian stories were visible and accessible? Let’s hope the wave continues. Might I suggest a book about or by Gangulu woman Taylah Griffin, electrical and aerospace engineer, who actively promotes STEM to Indigenous communities across Queensland?

Adele Walsh has been an advocate for youth literature for over a decade. She was previously program coordinator for the Centre for Youth Literature, and now designs professional development and event programs for La Trobe University Library. She is also a moderator, presenter and teacher, an outspoken advocate for youth readers, host of the YA professional online group The Knack, and founding co-host of the Unladylike and What Would Danbury Do? podcasts.