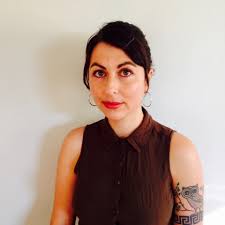 Judge Justin Wolfers described the collection as ‘an accomplished work of nuanced storytelling with varied and always searching and striking narratives. Really beautiful.’

Also announced were two runners-up: Katerina Cosgrove for her novella Zorba The Buddha and Brooke Dunnell for her short story collection Female(s and) Dogs. The winning works were selected from a shortlist of nine announced in June.

Arathimos receives $3000 and Cosgrove and Dunnell each receive $1000. All three works have been published as ebooks by short fiction publisher Spineless Wonders.

Zorba The Buddha will also be released as an audio drama in late 2020, directed by Elizabeth Nabben and featuring Helpmann Award–winning actor Vaishnavi Suryaprakash.

Launched in 2017, the Carmel Bird Digital Literary Award is an annual competition that showcases new works of short fiction of up to 30,000 words from Australian writers. It is auspiced by Spineless Wonders and supported by the Copyright Agency’s Cultural Fund.

The judge for next year’s award will be writer Roanna Gonsalves. Submissions will open shortly, and are due to close on 1 February, 2021.