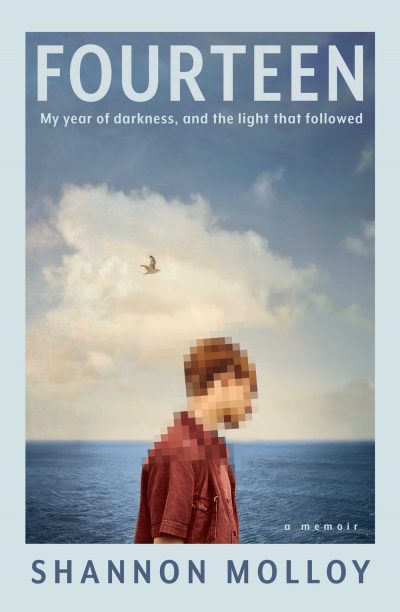 Molloy memoir ‘Fourteen’ to be adapted for screen

Fourteen is Molloy’s account of the homophobic bullying and violence he experienced during high school in the regional Queensland town of Yeppoon, and the failure of school staff to intervene. However, it also celebrates the love of Molloy’s family and the joy of having a tight-knit group of friends.

According to S&S, ‘several parties’ were interested in the screen rights to the book, and Orange Entertainment Co CEO Kurt Royan and head of content Dan Lake reached out to Molloy within a month of the book’s publication. Molloy will be involved in the production process.

The screen adaption of Fourteen is the production company’s first solo project after co-productions including comedy series Retrograde and upcoming documentary series A Dingo’s Got My Baby: The Lindy Chamberlain story.

‘From the moment Kurt and Dan from Orange began talking with us, their passion and authenticity was so obvious,’ said Molloy. ‘They really felt the message of the book and got what I was hoping to achieve in telling my story.’

S&S said Molloy has been ‘inundated’ with messages from readers since the publication of Fourteen in March this year.

‘I’ve heard from a man in his 70s who suspects his 14-year-old grandson is gay and wanted to know how to support him, a mum who lost her teenager to suicide in the 90s, principals and school librarians keen to spread the message of kindness and hope, a priest who gave me advice on the LGBT conflict with Catholicism, gay men my age and older who had war stories of their own, and many, many people who grew up in small town Australia,’ said Molloy.

‘I’m so grateful they bought my book and got something from it and I’m touched that many have told me their own struggles.’