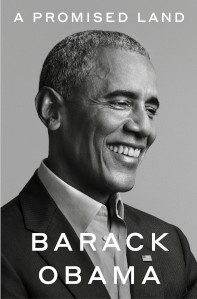 PRH to publish first volume of Obama memoir in November

According to the publisher, the book, which will be published in 25 languages, will tell the story of Obama’s rise from young community organiser to 44th US president, providing a ‘deeply personal account’ of the balancing act of running for office as a Black American, as well as the demands of the presidency on his family.

Obama said, ‘In A Promised Land I’ve tried to provide an honest accounting of my presidential campaign and my time in office: the key events and people who shaped it; my take on what I got right and the mistakes I made; and the political, economic, and cultural forces that my team and I had to confront then—and that as a nation we are grappling with still.’ Obama said the book would also offer ‘some of my broader thoughts on how we can heal the divisions in our country going forward and make our democracy work for everybody—a task that won’t depend on any single president, but on all of us as engaged citizens’.

Penguin Random House CEO Markus Dohle said, ‘Through his words and actions, President Obama has had an indelible impact on the world and the course of history, serving as a beacon of hope and progress that has inspired so many. It is a great honor for Penguin Random House to publish A Promised Land for readers everywhere. I know they will find it to be a book that vividly brings history to life, reminding us of the power of democracy even during times of global crisis.’

A Promised Land will be published in hardcover and digital formats, including an audiobook to be read by Obama.

As previously reported by Books+Publishing, in 2017 PRH acquired world rights to two books by Obama and former First Lady Michelle Obama in a deal reportedly worth US$65m (A$85m). Michelle Obama’s bestselling memoir Becoming was published in 2018.

A publication date for the concluding volume of Barak Obama’s memoir is yet to be announced.