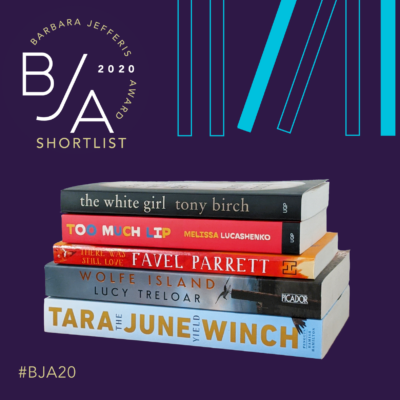 The Australian Society of Authors (ASA) has announced the shortlist for the $50,000 Barbara Jefferis Award.

‘We were very much struck by the empathy with which the experiences of older women were depicted as powerful role models for those younger than them in so many titles—women who were survivors of both personal and family challenges and cataclysmic social, economic or environmental events,’ said judges Robyn Sheahan-Bright, Jeremy Fisher and Barbara Horgan.

‘We were challenged by judging two years of publication, where any one year in Australian publishing yields such treasures. But after much deliberation we settled on five outstanding works to shortlist.’

The prize is awarded every two years for ‘the best novel written by an Australian author that depicts women and girls in a positive way or otherwise empowers the status of women and girls in society’. The winner of the 2018 award was Libby Angel for The Trapeze Act (Text).

The winner of the 2020 Barbara Jefferis Award will be announced via YouTube on Wednesday, 18 November. Each shortlisted author will receive a share of $5000.