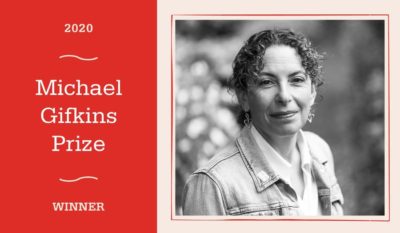 Gigi Fenster has won the 2020 Michael Gifkins Prize for an Unpublished Novel for ‘A Good Winter’.

Chosen from a shortlist of three, the winning manuscript was announced during an online event hosted by Text Publishing and the New Zealand Society of Authors Te Puni Kaituhi O Aotearoa (PEN NZ Inc).

Text described Fenster’s work as ‘an enthralling psychological thriller, a dark and complex portrait of a troubled mind’.

‘When Olga’s friend Lara becomes a grandmother and her daughter and the baby come to stay, Olga helps out whenever she can. After all, it’s a big imposition on Lara, and the new mother is not exactly considerate. But simmering beneath Olga’s loving generosity is a deep, jealous need to be the centre of Lara’s attention and affection, a need that soon becomes a consuming, dangerous and ultimately tragic obsession.’

The winner of the 2019 prize, Soldiers by Tom Remiger, was launched as part of the online prize event.

A Good Winter will be published by Text in September 2021.