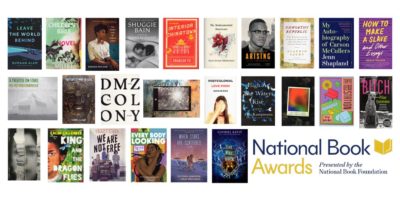 In the US, the shortlists for the 2020 National Book Awards have been announced.

Administered by the US National Book Foundation, the winners of each category to receive $10,000, while each finalist receives $1000. Earlier this year Iranian–Australian writer Shokoofeh Azar became the first Australian writer to be longlisted for the 2020 National Book Award for Translated Literature for her novel The Enlightenment of the Greengage Tree (trans by Anonymous, Wild Dingo Press).

The winners on the 2020 awards will be announced at a ceremony in New York City on 20 November, where two lifetime achievement awards will also be awarded: writer Walter Mosley will receive the National Book Foundation’s Medal for Distinguished Contribution to American Letters, and late Simon & Schuster CEO Carolyn Reidy will receive the Literarian Award for Outstanding Service to the American Literary Community.

For more information about this year’s awards, see the National Book Foundation website.