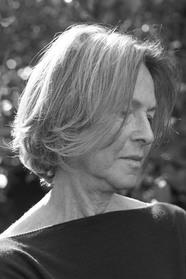 Glück was named winner at a ceremony at the Swedish Academy in Stockholm on 8 October. The Academy said Glück’s voice was ‘unmistakable’.

‘It is candid and uncompromising, and it signals that this poet wants to be understood. But it is also a voice full of humor and biting wit,’ it said. ‘She writes oneiric, narrative poetry recalling memories and travels, only to hesitate and make a halt for new insights. The world is disenthralled only to become magically present once again.’

Glück is the author of 14 poetry collections, beginning with Firstborn (New American Library) in 1968. Her four most recent titles have been published by Farrar, Straux & Giroux (FSG), including Faithful and Virtuous Night in 2014. She is also the author of two chapbooks and two essay collections, with 2017’s American Originality the most recent.

Glück’s previous awards include the National Book Critics Circle award, the Pulitzer Prize, the Academy of American Poets’ Wallace Stevens Award, the American Academy of Arts and Letters Gold Medal in Poetry, and the National Humanities Medal, among dozens of other honours.

Glück’s current publisher, FSG, will republish all her books following the announcement, as well as a new collection, Winter Recipes from the Collective, in 2021.

Glück will give her Nobel lecture in the US due to Covid-19 travel restrictions.