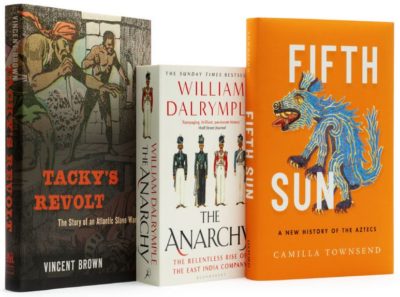 The three finalists for the Cundill History Prize have been announced.

Chosen from a shortlist of 10, the finalists are:

The prize is administered by McGill University in Montreal and is open to any history book published in English.