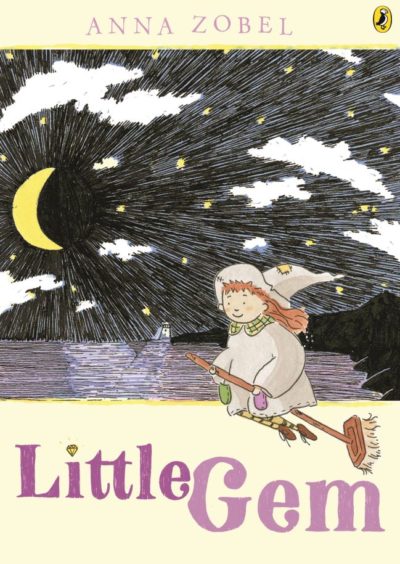 Little Gem is a witch-in-training who has the best intentions but doesn’t always get things quite right. When a travelling spell goes wrong Gem finds herself in the unusual village of Ellsworth Pining, 100 years into the future and a long way from Witchcraft School. It has been a long time since there has been a resident witch in Ellsworth Pining and the people have eagerly been awaiting the arrival of one. With mysteries to solve, Gem is quickly brought into the town’s fold and, with the help of her cat Pomelo, the ghost Henry and the support of the town, starts to think that maybe she’s not the worst witch after all. Complete with professors, dragons and mysterious beasts, Little Gem is a magical story, perfect for seven to nine-year-olds. In a similar vein to Jill Murphy’s ‘The Worst Witch’ series, the book is filled with adventure, friendship, fun and lots of sweet treats. This is a heavily illustrated novel, and author–illustrator Anna Zobel’s unique pictures support the text, enhancing the story and bringing the characters to life, making it accessible for the target audience. With Little Gem Zobel has created a colourful cast of characters that readers will love and a fresh new series that will appeal to fans of Sally Rippin’s ‘Polly and Buster’.

M H Alessandrino is a Perth based freelance writer and reviewer.