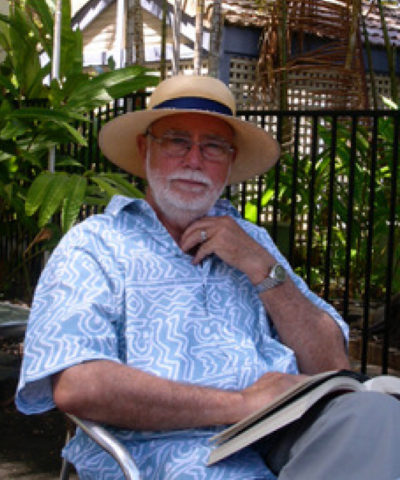 Eastman, who established what was then called John Garratt Publishing in 1995, was a long-time member of the Australian publishing industry, for which he was recognised with the Australian Publishers Association (APA) George Robertson Award in 2017.

Among many positions he held in the industry, Eastman founded Dove Communications in 1969 and remained CEO until 1994 before serving on the CSIRO Publishing Advisory Board between 1996 and 2003. He served on the APA executive for about 10 years, serving two years as president, was a director of the Copyright Agency, and represented Australian publishers on the Public Lending Right Advisory Committee.

The team at Garratt Publishing writes:

‘Long before establishing Garratt Publishing in 1995, John Garratt Colin Eastman was called to Catholic publishing in the late 1960’s producing Let’s Move Together for primary schools and Move Out! for secondary students … Inspired by Vatican II’s vision of Church, Garry established Dove Communications, and became a visionary leader in producing many of the textbooks for students through the 1970s and 1980s that would become so familiar in schools.

‘Through the years, and with firm friendships and business associations that spanned the globe, Garry was instrumental in introducing the writings of such people as Richard McBrien, Juan Luis Segundo, Walbert Bulhman, Joyce Rupp, Joan Chittister and Daniel O’Leary and many more to Australian Catholics. Indeed, Garry would bring many of these to Australian shores—at great cost—for speaking engagements. In a pre-Covid modern world, such tours were commonplace, but not so in the 70s, or 80s.

‘Garry’s work with Bishop Geoffery Robinson placed a spotlight on clergy abuse well before the Royal Commission. Recent works with David Tacey’s Beyond Literal Belief, the ACBC’s Pastoral Research Office Building Stronger Parishes, Chris Geraghty’s Jesus the Forgotten Feminist and this year’s Virgins and Jezebels, and the recent Getting Back on Mission by Catholics For Renewal continue Garry’s long tradition of encouraging the Church to better itself.

‘Garry served on the Australian Book Publishers Association executive for nearly 10 years, convening education, copyright and Australian book fair committees, and serving as president for two years. He also represented Australian publishers on the Public Lending Rights Advisory Committee and was a director of the Copyright Agency for a number of years. Garry was awarded the Australian Publishers Association’s prestigious George Robertson Award for his dedication and service to the publishing industry over many years.

‘Through it all, Garry loved to travel. He walked the Camino on numerous occasions, with friends old and new. In recent years, he and his beloved wife Lynne Muir walked from Toulouse to Puente la Reina, from Lectoure to St Jean, through the Swiss Alps, through Tuscany from Lucca to Siena, and Lake District in England. Last year saw a 4WD adventure to Cape York, one of the few areas he had not explored across our great southern land.