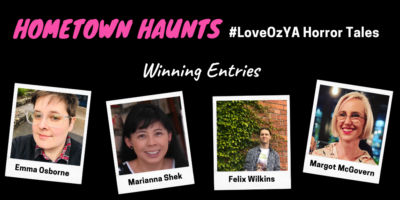 Wakefield Press has announced the winning submissions to its national callout for contributions to its YA fiction anthology Hometown Haunts: #LoveOzYA Horror Tales.

The four winning stories are:

Anthology editor Nwosu led a panel of Wakefield Press judges through several rounds of judging over 120 stories submitted as part of the publisher’s national call out, including a final ‘blind’ read.

‘We were specifically looking for stories that showcased a strong voice, unique ideas and a horror element that felt intrinsic to the narrative of the piece,’ said Nwosu.

Hometown Haunts will be published on 31 October 2021.