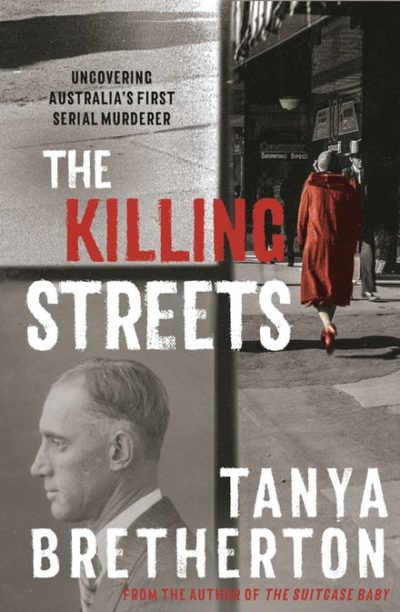 The Killing Streets by Tanya Bretherton (Hachette) has won the 2020 Danger Prize.

Bretherton, who has been shortlisted for the prize for each of her three books, thanked prize administrators the Bad: Sydney Crime Writers Festival ‘for their ongoing support to writers and creative artists in this field, especially in this difficult year of 2020’ and publisher Hachette ‘for their willingness to bring these dark and previously untold criminal histories of Sydney to light’.

The Killing Streets was chosen as the 2020 Danger Prize winner from a shortlist of four announced in October.

The Danger Prize is awarded to the best book, TV series, podcast or film about Sydney crime, released in the past financial year. The award will be presented during the Bad: Sydney Crime Writers Festival, which runs 7 and 8 November.