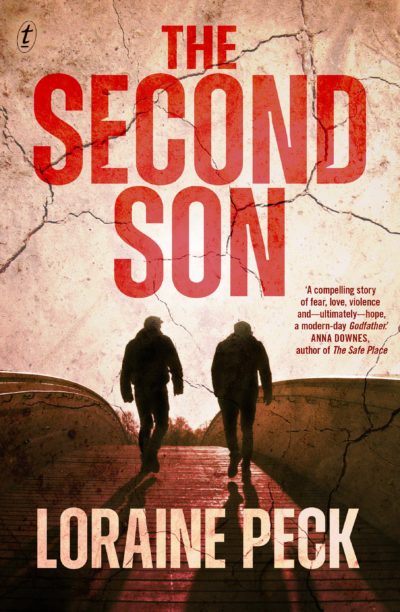 In Sydney’s western suburbs, the summer air thick enough to slice with a switchblade, Johnny Novak’s family reels from the murder of Ivan, his older brother. Their father, a notorious Croatian gang leader, knows the Serbians are behind it, and tasks Johnny to avenge Ivan’s death by killing their leader. But Johnny isn’t convinced the Serbians shot his brother, and his wife, Amy, wants Johnny out of the game to keep their son safe. A final heist might solve both problems, if Amy sticks around that long—and if they can both survive the aftermath. Loraine Peck’s debut novel is as relentless as headlights following you at night, full of spark, simmering violence and outright gang bloodshed. A brutal prologue shocks the story open before the dual narrative of Amy, her blinders to the family finally removed and revulsion overcoming adoration, and Johnny, grappling with a lifetime of hatred and savagery drilled into him that he’s now uneasy with, takes over, revealing decades-long grudges and short-term secrets. The Second Son is a clear-eyed, fast-paced, riveting read for fans of Underbelly-style gangland tales; flawed, law-skirting protagonists like Garry Disher’s Wyatt; or those hankering for the other side of a P M Newton-style police procedural.