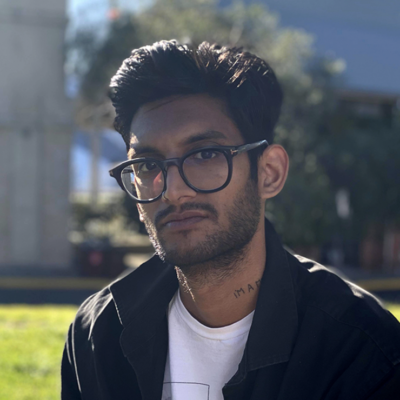 Anith Mukherjee has won Writers Victoria’s 2020 Deborah Cass prize for his story ‘I Am Full of Love’.

Chosen from a shortlist of nine, Mukherjee’s story was described by the judges as ‘an urgent, defiant tale of a compelling, at times exasperating, narrator who refuses to conform to any norms, positive or negative’. Mukherjee receives $3000 and a three-month mentorship with an established writer, while Black Inc. will consider his manuscript for publication.

Lee Kofman, speaking on behalf of herself and her fellow judges Melanie Cheng and Sisonke Msimang, said, ‘Candid, tragicomic, brimming with allusions, Anith’s prose sings. More than sings, it is visceral … Here then is a true talent.’

The runners-up are Dasha Maiorova for the extract from her novel ‘Birch’ and Sahib Nazari for his story ‘Alone Together’. Each runner-up receives $1000.

The winners were announced during an online ceremony on Thursday, 26 November.

The Deborah Cass Prize, established in 2015 in memory of academic and writer Deborah Cass, for emerging writers from migrant backgrounds, is awarded annually. Last year’s winner was Janette Chen for her manuscript extract ‘Wall of Men’.