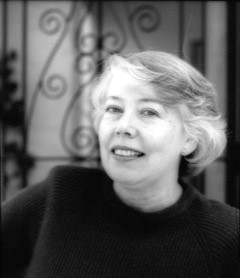 ‘Vale Barbara Ker Wilson AM 1929–2020. Barbara Ker Wilson was a writer and editor of children’s books. Her influence on the development of children’s books in Australia was one of the most significant contributions of the 20th century. Before moving to Australia in the 1960s she worked with prominent children’s authors, most notably discovering Paddington Bear and working with Michael Bond on that iconic book. She also worked with C S Lewis on The Last Battle.

‘Her work in Australia began with Angus & Robertson, where her lifelong love of Indigenous literature began, with the publication of Stradbroke Dreamtime by Oodgeroo Noonuccal (Kath Walker). Then she worked at Hodder & Stoughton Australia. She went on to work at Readers Digest and then University of Queensland Press.

‘She was awarded the Pixie O’Harris Award for services to Children’s Literature in 1997, the Dromkeen Medal in 1999 and an Order of Australia in 2004 for her service to literature as an editor and author and as a mentor to emerging writers.

‘For me, Barbara was my mentor and friend. I enjoyed so much our time working together, building the award-winning Hodder children’s list. She was hugely respected and loved by authors she worked with, so many no longer with us, like Ivan Southall, Mavis Thorpe Clark, Hesba Brinsmead, Ruth Park, David Martin, Jean Chapman and many others. She played a huge part in the shaping of my career in children’s books and I’ll always be grateful for her mentorship, her friendship and her mischievous sense of humour. She leaves a legacy unmatched in Australian publishing. She passed away peacefully on 10 September 2020.’