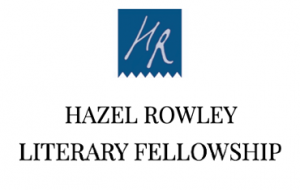 Writers Victoria has announced the shortlist for the 2021 Hazel Rowley Literary Fellowship, awarded annually to an Australian writer for a proposed biographical work.

The shortlisted writers and their projects are:

The $15,000 fellowship will be judged by biographers Jenny Hocking and Jeff Sparrow, Rowley’s sister Della, and Rowley’s friend and co-initiator of the fellowship Lynn Buchanan. The winner will be announced at Adelaide Writers Week on Wednesday, 3 March, following the Hazel Rowley Memorial lecture to be given by Jacqueline Kent.

Now in its 10th year, the Hazel Rowley Literary Fellowship was established in 2011 by the Hazel Rowley Literary Fund with the support of Writers Victoria to encourage Australian authors to attain a high standard of biography writing and to commemorate the life, ideas and writing of Rowley, who died in 2011. Five works by fellowship recipients have published to date: Jacqueline Kent’s Vida: A Woman for Our Time (Viking), Gabrielle Carey’s Only Happiness Here: In search of Elizabeth von Arnim (UQP), Mary Hoban’s An Unconventional Wife: The life of Julia Sorell Arnold (Scribe), Maxine Beneba Clarke’s The Hate Race (Hachette) and Stephany Steggall’s Interestingly Enough… The Life of Tom Keneally (Nero).

Lance Richardson won the 2020 fellowship for his project on writer, naturalist and Zen Buddhist Peter Matthiessen.