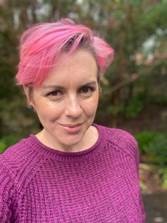 Laura Greaves has been named the inaugural writer in residence at the Whitlam Institute’s Female Orphan School in Parramatta, NSW.

Greaves was chosen from almost 40 applicants for the $4000 residency, which is offered by the Whitlam Institute, the custodian of the Female Orphan School, in partnership with WestWords.

According to the residency’s organisers, the Female Orphan School, the oldest three-storey building in Australia, was ‘one of the earliest examples of social policy in Australia, when the Governor of the time, Governor King, and the Reverend Samuel Marsden decided there should be a school for girls in the Colony where they would be “protected and could learn to read and write and to gain employable skills.”’

Greaves, who was ‘already in the grip of a growing fascination with the Female Orphan School and its residents when the call for writer-in-residence EOIs went out’, will research the stories of these young women with the aim that her discoveries will form the basis for a major work.

Greaves is the author of three novels and seven nonfiction books, most recently Extraordinary Old Dogs, all published in Australia and New Zealand by Penguin Random House.