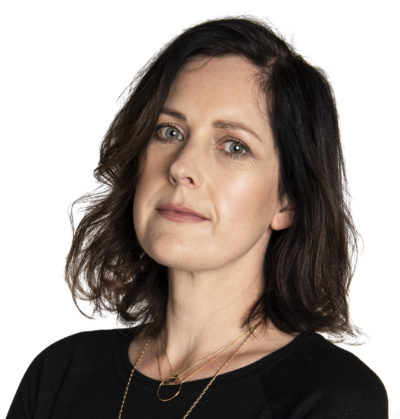 Mothers and daughters: Jacqueline Maley on ‘The Truth About Her’

Jacqueline Maley’s debut novel The Truth About Her (Fourth Estate, April) follows Suzy, a journalist and single parent who’s blamed for the suicide of a young wellness blogger and drawn into a tense relationship with her mother. Books+Publishing reviewer Kate Frawley described Maley’s novel as a stunning study of contemporary motherhood that will resonate with many readers. She spoke to the author.

In The Truth About Her you explore the idea of truth, the interpretation of truth and the representation of truth through almost the entire cast of characters. Was the investigation of truth the launching pad for your novel, or did this theme develop as the story did?

A little of both. I had the main characters in my mind, just hovering around waiting for their story. As a journalist I have thought a lot about how reporters often show up on the worst day of someone’s life, or at their worst moment, write about it, and swiftly move on. We seek the truth and write it, but we can never hope to capture a person just by reporting things they have done.

I was also interested in the consequences of writing stories, how they affect people in the real world. I believe fiction holds more essential truth than any other art form, and yet journalists obviously pride themselves on fidelity to facts and truth in a different way. All those tensions were swirling in my head and I dramatised them through Suzy and Jan. Suzy writes a story that is objectively true, but Jan is outraged because she says it doesn’t convey the truth of her daughter.

It was almost an existential thing—does someone’s true essence exist, or is it constructed through the process of describing it? I also loved the idea of a late-middle-aged working woman, a woman with swollen ankles who nobody treats with any great respect, being the personification of an almost Greek kind of revenge, a heroic seeker of truth.

Once I started incorporating this idea of truth into the book it spun out everywhere, and applied to all the characters—because who isn’t lying to themselves in some way? We actually need to lie to ourselves a bit to maintain our sense of self!

The theme of motherhood is also central to the novel, and not just Suzy’s role as a mother but also her relationship with her own mother and with Tracey’s mother. What does motherhood mean to you?

Oh gosh, so much. First of all I wanted to write about motherhood as funny. Of the many things I didn’t appreciate before I had my kid was how much babies and children laugh, and how natural their sense of fun is—so that is infectious, even in your worst moments. Living with a small child is like sharing your life with your loosest crazy-drunk friend—you never know what they will break next or what uninhibited thing will come out of their mouth. And that is funny.

Motherhood is also physically brutal, something no one talks about enough. It is the great lie-by-omission on which society is based! It’s amazing how much physical suffering is just built into the business model and taken for granted by history. Men who died in wars got plaques and parades. What did the women who died in childbirth get? As a flipside to the brutality, early motherhood is full of exquisite physical touch.

Also—motherhood is hard and can be very lonely because it all comes down to you. This is especially the case for single motherhood, which is like motherhood on crack—the good and the bad. Both Suzy and Jan know this.

I remember one Father’s Day, getting the dodgy daycare craft-card from my daughter, because her father wasn’t around. And I thought (ironically), great, I get the crappy craft card. And then I thought, truly, this is actually wonderful, I get the crappy craft card. Being the love-object for a crappy craft card is the best! It should never be taken for granted. Maybe that’s the best way I can sum up the meaning of motherhood. (I should say here in case she ever reads this, that my daughter is actually a very talented crafter.)

As a journalist, did you approach writing fiction in the same manner you would an article or feature, or did you need to throw out the ‘rule book’ and use a different writing method to build Suzy’s story?

I needed to de-institutionalise! I found it difficult at first to write in the un-self-conscious way you need to when attempting fiction. I needed to give myself permission to say the unsayable, to write down things that were impolite and private, to begin in the middle or at the end and loop back, and also to make as much stuff up as I wanted. Once I got the hang of it I found it intensely liberating and highly addictive.

But my background as a journalist also helped me. It gave me the premise for the novel—what if something you published had dreadful consequences? And journalism gave me discipline—I know I can churn out prose and I don’t romanticise the process of writing (much) because I’m used to meeting deadlines.

Many aspects of The Truth About Her are drawn from reality, and the consequences of some of these real-world examples have recently played out in courtrooms (and in the media). Did you find your narrative was swayed or inspired further by this at all?

Almost the contrary! When I was writing I had never heard of any journalist having written an expose that resulted in the suicide of the subject, that was just something I imagined. The subject of Suzy’s expose was loosely drawn from reality but I actually deliberately didn’t read up too much about it because I wanted to create my own character entirely. I wanted Tracey Doran to have an online persona but otherwise be almost unknowable. It’s almost as if her online presence has hollowed out her personality to the point where she doesn’t have an identity anymore. That is what her mother Jan is trying to fight for, to reclaim that. Other aspects of the novel drawn from real news events are just the natural regurgitations of all the news I read, if that’s not too off-putting an image.

Is there a character that you wished you could have given more space to? I really loved Suzy’s uncle, Sam, and would have loved to have had more time with him!

Oh gosh, I loved Sam too. I have such a strong image of him. I gave him a backstory about his own truth, a truth probably only one other person really knew, and we find out about it only in an oblique way. I loved the idea of all my secondary characters having their full inner lives swimming just below the surface of the novel. I also really loved Beverley, Suzy’s spiky and rather snobbish mother. You just know she would be great craic after a cocktail or three—she would make acid commentary about everyone else at the party and judge their outfits. She should get her own novel, probably.

Oh man, do I have to choose just one? I absolutely loved Hamnet by Maggie O’Farrell (Tinder Press), it was so inventive and beautifully wrought. I love books that come at history from the imagined perspective of someone who barely gets a line in the official version—in this case, Shakespeare’s wife. In January I picked up A Single Man by Christopher Isherwood in a second-hand bookstore in Bargo, and was stunned by it. I kept re-reading bits to see how he had pulled it off. In Australian fiction I loved Sorrow and Bliss by Meg Mason (Fourth Estate), the writing had a wildness to it that I found beautiful.