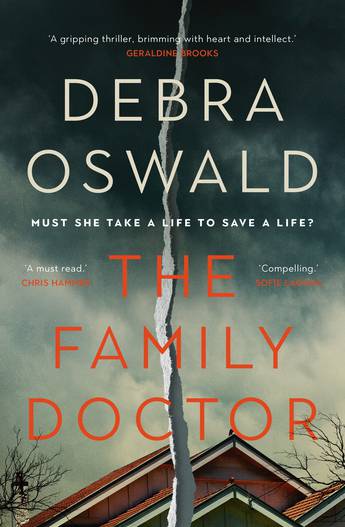 Oswald’s novel The Family Doctor, which was released in March 2021, will be adapted into a six-part series created and written by the author, who is also a co-creator of the TV show Offspring. The Family Doctor, which was won at auction by A&U last year, follows dedicated GP Paula who, desperate to protect women and their children from violent partners, is driven to use her medical skills to commit murder. The screen adaptation will be produced by Joanna Werner with Michael Lucas.

McGahan’s final novel The Rich Man’s House, published in 2019, will be adapted into a series written by Alexei Mizin and Ryan van Dijk with Nat Lindwall as executive producer.  The series, which is about wealth, ego and mankind’s fractured relationship with the natural world, follows Rita who becomes trapped in an eccentric billionaire’s mountaintop mansion after an avalanche, where she must confront the ghosts of her past to escape a powerful supernatural foe.

A TV adaptation of the 1993 novel Ladies in Black (originally published as Women in Black) and 2018 film of the same name has also received development funding. The series takes place in Sydney in 1961, six months after the events of the novel and film, and follows the lives of the ‘ladies in black’ during a time of great change and upheaval. This series will be written by Sarah Bassiuoni, Joan Sauers, Greg Waters and Randa Sayed, and is produced by Greer Simpkin and Sophia Zachariou of Bunya Productions. The executive producers are Sue Milliken and Allanah Zitserman who produced the feature film.

For more information about the latest projects to receive development funding, see the Screen Australia website.