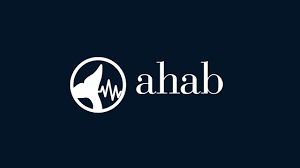 The platform is open to the public and intended to be a one-stop shop for voiceover casting, from talent discovery and auditions to offers of employment. Originally developed as an internal tool for PRH, the platform is now available to other fields that employ voiceover actors, including animation, documentary filmmaking and video games.

In developing the app for wider use, PRH consulted actors, agents, industry organisations and producers to introduce new features, including expanded search and filtering functions, the ability to host public or private auditions within the platform, shareable talent lists and audition submissions, and free educational and professional development resources.

‘Prior to the platform, auditioning meant sending multiple emails to actors or their agents, tracking this correspondence, and then downloading audition files,’ said Wilson. ‘This all happened before listening to a single sample. Now, I can efficiently upload a script to the entire talent pool or a select handful of actors, assess their performances, and share my favourites with stakeholders outside of the platform.’

Talent profiles on the platform can be listed for free, while content creator profiles have been made free for a limited time after the launch. To date, more than 8500 actors from 67 countries speaking 107 languages and in a total of 115 accents have joined the platform.