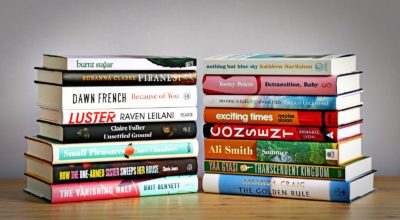 The 16 longlisted novels are:

The 2021 longlist features six debut novels, and comprises six British authors, five Americans, two Irish writers and a Canadian, Barbadian and Ghanaian/American novelist. It is also the first time that a trans woman, American writer Torrey Peters, has been longlisted for the prize.