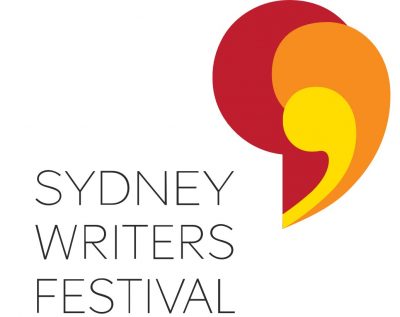 The program for the 2021 Sydney Writers’ Festival (SWF) program has been released.

The festival, which runs from Monday, 26 April to Sunday, 2 May, will host 231 live events under the theme ‘within reach’. The program will feature more than 400 Australia-based speakers, with 15 international writers appearing via video.

Opening the festival will be Miles Franklin winners Melissa Lucashenko and Tara June Winch, and poet Evelyn Auraluen, whose debut poetry collection Dropbear was published by University of Queensland Press this month. The three will reflect on ‘what writing has brought within their reach, the writers who preceded them and the new ground they hope to break’.

Events through the week include the new series Your Favourites’ Favourites in which established authors interview the writer behind their favourite debut of 2020. The series features Michelle de Kretser with Andrew Pippos (Lucky’s, Picador), Tony Birch with Evelyn Araluen (Dropbear, UQP), Christos Tsiolkas with Jessie Tu (A Lonely Girl is a Dangerous Thing, A&U), Nam Le with Rebecca Giggs (Fathoms, Scribe), Melissa Lucashenko with Adam Thompson (Born Into This, UQP) and Heather Rose with K M Kruimink (A Treacherous Country, A&U).

Weekend evening events include the SWF Great Debate and SWF Gala. The debate theme ‘How Good is Australia?’ will be argued by actor, director and First Nations Organiser for MEAA Elaine Crombie and writers Don Watson and Benjamin Law in the affirmative, and writer David Marr, journalist Annabel Crabb and playwright and curator of Allen & Unwin’s Joan imprint Nakkiah Lui in the negative.

Closing the festival will be renowned novelist and poet David Malouf, whose address will be ‘reflecting on the world within our reach–and the ideas worth striving for’.

‘Our theme this year, Within Reach, highlights the astonishing writers who are shaping Australian literature right now. It recognises those authors who show us an Australia that is not monolithic or static but varied, curious and challenging,’ said artistic director Michael Williams. ‘For all its inbuilt optimism, our theme is not without healthy scepticism, and we’ve refused to relegate conversations to the too-hard basket. Solutions to the problems we’re currently facing–the climate emergency, the global refugee crisis, racism, the failures of public discourse, the death of political accountability–sometimes feel out of reach, so we’ve gathered thinkers, writers and experts we trust to show us the way.’