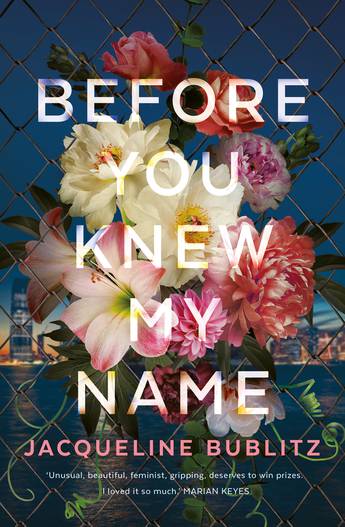 Before You Knew My Name (Jacqueline Bublitz, A&U)

We know the phrase from books, from crime shows, from the news: ‘The body was found by a jogger.’ Someone is murdered and somebody else finds them, while just going about their day. That’s the end of their story—but not in this debut novel. Ruby Jones, escaping a complicated relationship in Australia, is the one who finds the body of Alice Lee in New York’s Riverside Park, and the discovery does not let her go. Nobody knows—yet—that Alice was escaping her own complications, and that she is watching Ruby’s quest to find out more about her. When Ruby meets kind-yet-chaotic embalmer Lennie Lau and joins her Death Club—a haven for people who have brushed up against death—it lights a new path for both Ruby and Alice. Before You Knew My Name is not an action thriller, but no moment is wasted. It’s beautifully written and soft but doesn’t shy away from blood and savagery, the great tearing loss of grief or the way women live in order to avoid exactly what happened to Alice. Yet Jacqueline Bublitz turns a story of murder into one of hope, in which kindness is a stronger currency than police work and the dead do not really leave us. Alice is a gentle guide for both the reader and for Ruby, though flinches whenever she presses too hard at the memories of her death and its reverberations. This is a lyrical story for those looking for the atmosphere of The Lovely Bones and the gratifying slow burn of Aoife Clifford or Anna George.