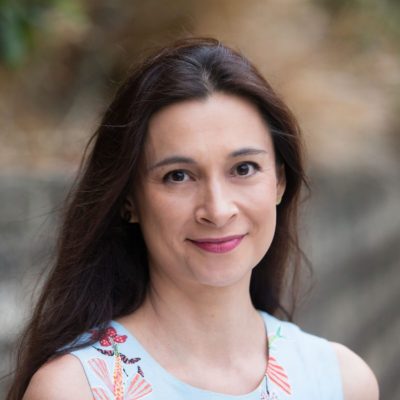 University of Queensland Press publisher Aviva Tuffield describes author Mirandi Riwoe as a ‘superstar who deserves all the recognition she’s received to date for Stone Sky Gold Mountain—and I’m sure there’s more to come’. The publisher has acquired world rights to two new books from the award-winning author: the short story collection Somewhere Between and the historical novel Sunbirds.

Sunbirds is set in Indonesia in 1941 during World War II and follows airline pilot Matthias, who is conscripted into a squadron of the Royal Australian Air Force. First, though, he is given the opportunity to relocate his loved ones to safety in Australia. Will he rescue his fiancee, Wilhelmina, a young Eurasian woman at risk, or Diah, the Indonesian woman he truly loves? Tuffield said, ‘Sunbirds will be a gripping and nuanced reimagining of an historical era, yet again putting a human face to the impacts of colonialism and war, and the violence and racism those entail.’

The acquisition is just one of numerous new novels—including several from debut and early career authors—recently picked up by Australian publishers.

Jessica Au’s second novel Cold Enough For Snow will be published in early 2022 by Giramondo Publishing in Australia and New Zealand, Fitzcarraldo Editions in the UK and Ireland, and New Directions in North America after the Australian author was selected for the inaugural Novel Prize from an international field of over 1500 submissions. In Cold Enough for Snow, a daughter takes her mother on a visit to Tokyo. They walk the canals at night, escape the typhoon rains, share meals in small restaurants and visit galleries in an itinerary planned by the daughter. All the while, they talk: of the weather, of clothes and objects, of family, migration and memory. But who is really speaking, and what is the real purpose of their journey? Giramondo, Fitzcarraldo and New Directions jointly control world rights and have so far sold German rights to Suhrkamp, French rights to Grasset and Fasquelle and world Spanish rights to Siruela.

Transit Lounge acquired world rights to Sean Rabin’s second novel The Good Captain (2022), via Jessica Craig at Craig Literary. Set at the end of the 21st century—a time of plummeting fish stocks and rising sea levels—the novel follows an international group of radical environmentalists led by a female captain, who have committed to a mission of extreme civil disobedience against the powers threatening to destroy the last of the world’s marine life. Co-publisher Barry Scott said the novel ‘delivers a narrative written in the tradition of cat-and-mouse seafaring classics that also reflects how the world might soon be—random, dangerous, surprising and sometimes even miraculous’.

Simon & Schuster Australia has acquired world rights to Julie Bennett’s historical fiction debut The Understudy (2022), ‘an addictive read that delves into the gritty underbelly of the Australian theatre world’. Set in 1973, the year the Sydney Opera House opened, the novel follows the mysterious disappearance of a female lead just days before opening night, with suspicion landing on the understudy.

New Australian publisher Ultimo Press has a number of promising debuts on its list, including Australia and New Zealand rights to Diana Reid’s Love & Virtue (2021), which it acquired in ‘a hotly contested eight-publisher auction’ via Curtis Brown. The novel explores virtue signalling and moral ambiguity in a contemporary college setting.

Scribe has acquired two new book-length comics and will publish its first graphic novel in Australia in May (and in the US and UK in August). Two-Week Wait, written by Luke C Jackson and Kelly Jackson with artwork by Maya Graham, follows its protagonists on a difficult, expensive and emotional journey through the world of IVF. Senior editor David Golding said the timing of the acquisitions reflects ‘the vitality of the Australian comics scene, as well as a greater interest in comics from readers in Australia and around the world’.