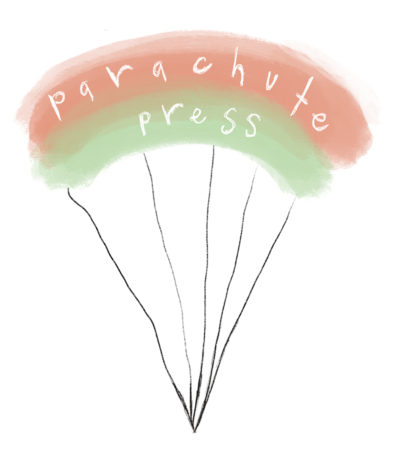 Parachute Press is a new children’s publisher based in Castlemaine, regional Victoria. Co-founded by award-winning author Martine Murray and artist, ceramicist and musician Anna Read, Parachute Press is described by the founders as a non-profit, local, co-operative enterprise. Books+Publishing spoke to Murray about heading down the non-traditional publishing route, and scoring a 1200 ASO order for the press’s first publication.

Martine Murray is a prolific author of books for adults and children, including the 2018 CBCA honour book Marsh and Me and the NSW Premier’s Literary Awards–shortlisted Molly and Pim and the Millions of Stars (both Text). Her books have won Queensland Premier’s Literary Awards, been shortlisted for the Prime Minister’s Literary Awards, and have been translated into over 20 languages. Murray’s new picture book, The Wanting Monster, illustrated by Anna Read and releasing in March, is the first title to be published by the pair’s new non-profit small publisher, Parachute Press.

Based in the small Victorian town of Castlemaine, Parachute Press was founded to subvert traditional publishing models, and is run as a local co-operative enterprise. Murray tells Books+Publishing that the idea for Parachute Press came about after she submitted The Wanting Monster to several independent publishers to no avail. ‘I felt the lack of interest in our manuscript was that it didn’t have commercial appeal and/or didn’t conform to the current dictates in style, length and subject matter or didn’t come via an agent,’ says Murray.

‘I was already accustomed to being told that my stories were too long, too quirky, and that this one was questioned for being too frightening for children, given the main character depicted was a monster, made me wonder just how precious, restrictive and literal we have become in our policing of appropriateness.’

Parachute Press aims to counter what Murray sees as ‘a reciprocal relationship between the escalation of market forces and the commercialisation of the book industry with the down-grading of imaginative capacity, the reduction of attention spans and the avoidance of complexity in subject matter’. Murray and Read believe that art and culture should be meaningful, subversive and expansive—and that includes books for children.

‘At this rather frightening moment in time anything that goes against that growth model is worthwhile, if only as an insurrection against a monopoly in ideological, economic and cultural structures,’ Murray says. ‘Anna and I felt that this was enough of a reason to instantiate something that was small, local, adaptive, flexible and not profit-driven.’

Although Murray admits that, as artists, neither she nor Read ever had any interest in business and what it might mean to publish books or create a small press, ‘it felt like we could join what must be a network of people whose small initiatives are finding ways to grow up in the gaps as our old, encumbered institutions begin to crumble’. Read and Murray see themselves as the creative drivers of the project, and have teamed up with publishing professional Katie Minchinton, who worked at UK art publisher Phaidon for over 10 years, to get a handle on the ins and outs of sales, marketing and distribution.

Murray says meeting Minchinton was ‘one of those fortuitous encounters that involved a teenage party, a taxi, a bass amp’. When Murray suggested that they start a local distribution company with other writers in Castlemaine, Minchinton ‘swiftly explained why this was more complicated than we’d imagined’ and instead proposed to help Murray and Read with distribution, shipping and marketing. With Minchinton’s help Parachute Press signed a distribution deal with Brumby Sunstate and has already received a gratifying order from Australian Standing Orders for 1200 copies of The Wanting Monster, which are currently making their way to school libraries across Australia.

‘Not only did Katie manage to secure us a distribution deal with our paltry one-book offering, but she got us into some shape as far as scheduling our next books, by telling us it was necessary,’ says Murray. ‘She has been our guiding star ever since.’

The Wanting Monster is a modern fable set in a small village whose inhabitants are corrupted by a tiny monster that stirs greed into their minds. ‘So our book is both about the value of community and funded by it,’ says Murray, in reference the fact that a large portion of the book’s crowdfunding campaign came from local supporters in Castlemaine. ‘Living in a village of sorts makes us very aware of the value of the commons—spreading good will and supporting local initiatives, social enterprises, small business, land care groups, farmers markets. Our launch, for instance, has been generously supported by the local baker, and the wine, beer and cheese makers. We are hugely grateful to them and love how this brings us closer to others who are striking out to start something small, local and worthwhile.’

The production costs of The Wanting Monster were entirely crowdfunded, with Parachute Press surpassing its $10,000 crowdfunding goal in October last year. The campaign was successful but Murray says that will most likely be the press’s first and last foray into crowdfunding: ‘We wouldn’t ask our friends to support us again. They have been hugely generous already. We were really blessed by the response.’ They have, however, begun researching grants and are considering Arts Victoria and Regional Arts Victoria funding. ‘We’ve also considered making a show of The Wanting Monster, touring it around schools and libraries and using proceeds to fund the next book. And I dream about the possibility of inviting donors/patrons to cover the production costs of a book in exchange for a dedication or a character name,’ says Murray.

Read and Murray are also interested in making Parachute Press into something more than just a publisher, envisaging one day renting a shopfront where they run creative workshops and mentorships with young people and local people. ‘We would like to explore something that does not have the traditional business model of top-down ownership,’ Murray adds. ‘We envisaged that if we ever got to a place where we could expand to include other people, that we could try to find ways of working where people work with us as part of a team, rather than as employees.’

For now though, the pair are focusing on getting their first book out into the world, and publishing their second, The Owl and the Rhino, later this year. ‘Two less likely people to deal with the “business” of selling books you could not meet, but perhaps the oddness of this is what appeals,’ says Murray. ‘It’s a little surreal to us in a way. And we are often laughing at our various incompetencies but also at the miraculous side of it all.’